The 1970s were a time of great change in South Wales with the redevelopment of Cardiff city centre, the slum clearance improvement programme for older housing, and the scrapping of the Buchanan Plan. This led to a number of practising and student town planners being involved in various community action-based activities in South Wales.  RTPI members Ian Horsburgh and Richard Essex became aware of a Planning Aid service that had been established by the Town and Country Planning Association (TCPA), managed by David Lock, around 1973 in Cardiff.

Against this backdrop, in 1974, Richard Essex wrote a paper, which he presented to the South Wales Branch Committee of the Royal Town Planning Institute (RTPI), outlining the need for a planning aid service. Initially, there was some significant opposition to the proposal, both from public sector and private sector members, but this was later overcome. The paper became the catalyst for the establishment of South Wales Planning Aid.

In 1979, Richard Essex handed over coordinator duties to Ian Horsburgh, now a long-standing Planning Aid Wales trustee and volunteer, and a steering group was set up.

In 1983, using annually-agreed RTPI funding and funding from the Manpower Services Commission for workers (a government job creation scheme), we were able to rent a workspace within the offices of the Community Design Service (CDS) in the Splott area of Cardiff. Two staff were employed, one of whom was John Drysdale, former vice Chair of the Cardiff Planning Committee.

A highlight during our time in the offices of CDS was a visit from Prince Charles, who looked at our work and commented,

Several years later, we moved to Cardiff Bay (as it was to become known) where we rented a room in the office of the Prince of Wales Committee, an environmental charity, in Empire House. By this time, we were employing a planning advisor for several hours a week to respond to the more straightforward requests for help. Allan Hambly, a retired Cardiff Council Development Control officer, was the first post-holder.

We wanted to move beyond dealing solely with helpline calls and being a reactive force, towards being proactive and trying to help individuals and groups to ‘help themselves’. This decision has had a lasting impact on Planning Aid Wales and continues to guide our outreach work with target communities in Wales.  We currently operate at our office in Whitchurch Road Cardiff with 5 staff and 30 volunteers (Board of Trustees, office & casework).

Examples of our innovative work during the early days of Planning Aid Wales include:

In 1985, the steering group produced a promotional video explaining our work with the help of Chapter Art Centre’s ‘Community Video Workshop’ run by Terry Dimmock. Ian Horsburgh and volunteers, Marion Davies and Graham Oran worked on the video over seven months. This was in the pre-digital age and progress was slow. The introduction was a cleverly put together piece using a Constable painting (The Haywain) which was redeveloped as an urban jungle using cartoon imagery.

In the late 1980s, an informal meeting between Ian Horsburgh and the Chief Finance Officer at the Welsh Office led to our video being played at a private viewing for the Secretary of State (Nicholas Edwards MP) and the Chief Planner at the Welsh Office. Shortly after, in 1990, an environmental fund was established, which South Wales Planning Aid was encouraged to bid for.  We were successful and went from an income of less than £10k per year to £50k per year for three years.

Questions on funding were asked at the South Wales RTPI branch executive meeting following the funding award.  A debate followed as to whether South Wales Planning Aid (SWPA) could still be a part of the RTPI. A meeting was called for SWPA volunteers and a decision taken for SWPA to be independent from the RTPI, though retaining close ties through mutual Board membership. In addition, it was decided that the new organisation should become Wales-wide and a company limited by guarantee. In 1990, Planning Aid Wales was born, and charitable status was obtained shortly afterwards.

When the three-year Welsh Office funding period came to an end in the early 1990s, we returned to being predominately voluntary. Fortunately, the South Wales RTPI branch had continued to fund the now independent all-Wales service, and this once again became our largest source of income and received little outside funding.  During this time, we produced our Public Handbook of the Land Use Planning System, following a commission from Welsh Community and Town Councils; this was the only general handbook on planning for the public in the UK.

Change in Direction to the Present Day

At this time, difficulties began to arise. At one point we were forced to make arrangements to dissolve. However, a turning point in our fortunes came against the backdrop of devolution. Following the general election in 1997, the new Labour government in Westminster made a commitment to fund planning aid in England in a serious way, and a short time later the new Welsh Assembly Government announced that it would provide funding for a study entitled ‘Shaping the Future of Planning Aid Wales’, looking at the potential for a larger-scale planning aid service in Wales.

While we have grown in terms of geography and staff and have developed our services a great deal over the years, misconceptions about who we are and what we do remain, including:

Since 1997, as the legislative framework for planning in Wales developed, funding initially kept pace with inflation and enabled PAW’s work to develop in parallel.  However, the past 10 years have been more challenging, with cuts in funding presenting real challenges.  With Welsh Government support for our work continuing, and years of superhuman effort by Trustees, volunteers, and staff, we have managed to” keep the show on the road”.

Using media channels and technology, Planning Aid Wales has extended its reach through the helpline service, training, newsletters, dedicated websites, and a broad social media presence. Indeed, the staff team has been recognised for its outstanding teamwork by being selected as a finalist, and being awarded a commendation, in the RTPI UK Planning Awards for Excellence 2020.

I became involved in Planning Aid Wales not long after taking a planning job with Cardiff Council in 1980.  I was a volunteer for several years doing case work whenever I had the time to do so. The work was invariably satisfying, but perhaps the most rewarding case was helping a family of Vietnamese refugees get planning permission for a restaurant, with accommodation for their large family above it, in the face of local authority, and resident, opposition. The restaurant, and the family, flourished; it was not long before residents, and council officers, were using it.  I have remained in touch with the family ever since. For me the case underlined the need for free, impartial advice for those who cannot afford to pay for it; without it, the poorest and least well-connected citizens can suffer grave injustices.

I qualified as a planner in the 70s at Newcastle University and subsequently worked for Warwickshire County Council. Like many mothers in the 80s I gave up work to bring up a family. I also moved to Wales. The thought of returning to the workplace in the 90s after 13 years was daunting. However, working part time as a volunteer in the Planning Aid Wales office in Empire House gave me the break that I needed. While there, an opportunity arose to work as Programme Officer for the South Glamorgan Structure Plan. Next, I was able to take up a planning officer maternity role post on the Structure Plan which eventually lead into permanent roles in strategic planning and development control at Cardiff and Pembrokeshire County Councils. I have every admiration for the Planning Aid staff and volunteers and am grateful for the assistance that I was given in restarting my career.

‘I joined Planning Aid in ???? when I was a newly qualified Planner.  It was a great learning experience for me to be involved in developing the service that Planning Aid now provides.  Helping on the Planning Aid video and plan awaydays was both great fun and helped improve my communication skills.’

“I’ve volunteered for PAW in a variety of capacities – drafting responses to consultations, dealing with casework and delivering training – since leaving Welsh Government in 2005, and have been a Trustee since 2015.  Over that time, I’ve met lots of people from all parts of Wales with a common interest in improving how planning works and the outcomes it achieves.  Despite the current difficulties I believe PAW stays true to the original concept of its founders.  If anything, it will be needed even more in future”.

“I joined South Wales Planning Aid as a volunteer in the mid-1970s, continuing in that role into the late 1980s. It does seem a long time ago now. One of my earliest cases was with a young traveller family who had decided to move from a caravan site into a house but had taken their caravan and tarmacking lorry with them into the garden of the house. They found themselves then the subject of a planning enforcement notice. This was an interesting challenge for a recent planning graduate. I learned a lot in the process. I’m pleased to say that all was eventually resolved amicably from the point of view of both the family and the local planning authority, sufficiently so for the authority to offer me a job a year or two later.”

Can you deliver a planning training course for us?

We certainly can. More information on our training services page here.

We are thinking about preparing a Place Plan. Where do we start?

Planning Aid Wales has produced guidance which is available at www.placeplans.org.uk

Planning Aid Wales has produced a booklet ‘How to respond to planning applications’ which is available here.

How does planning enforcement work?

We have produced a guide to planning enforcement – click here

How do I comment on a Local Development Plan?

Can you help me get planning permission? 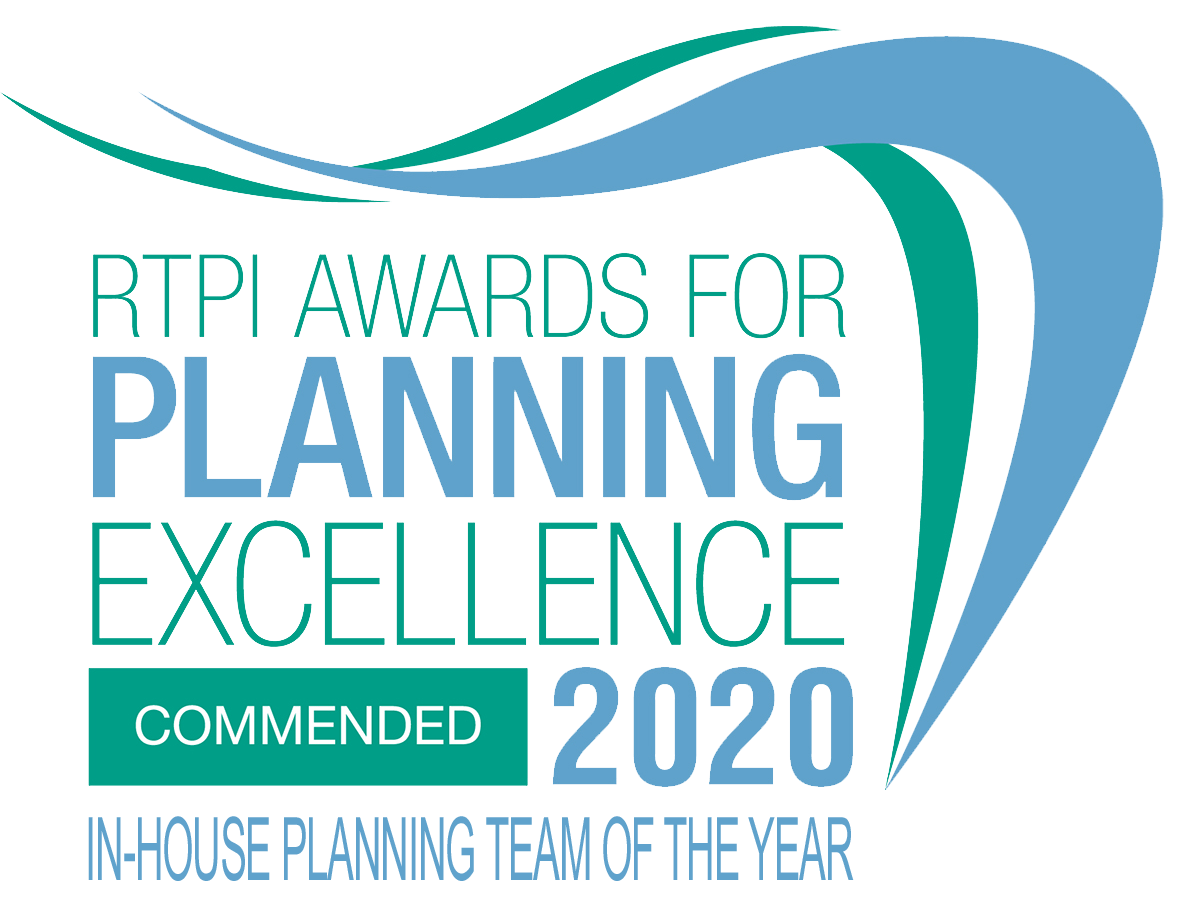 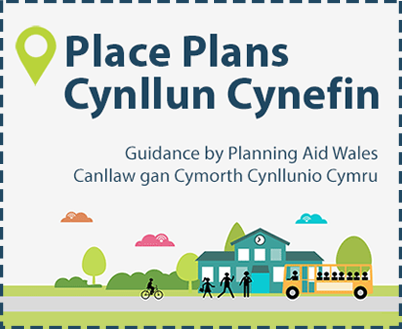 This website uses cookies to improve your experience while you navigate through the website. Out of these, the cookies that are categorized as necessary are stored on your browser as they are essential for the working of basic functionalities of the website. We also use third-party cookies that help us analyze and understand how you use this website. These cookies will be stored in your browser only with your consent. You also have the option to opt-out of these cookies. But opting out of some of these cookies may affect your browsing experience.
Necessary Always Enabled
Necessary cookies are absolutely essential for the website to function properly. This category only includes cookies that ensures basic functionalities and security features of the website. These cookies do not store any personal information.
Non-necessary
Any cookies that may not be particularly necessary for the website to function and is used specifically to collect user personal data via analytics, ads, other embedded contents are termed as non-necessary cookies. It is mandatory to procure user consent prior to running these cookies on your website.
SAVE & ACCEPT
Send this to a friend